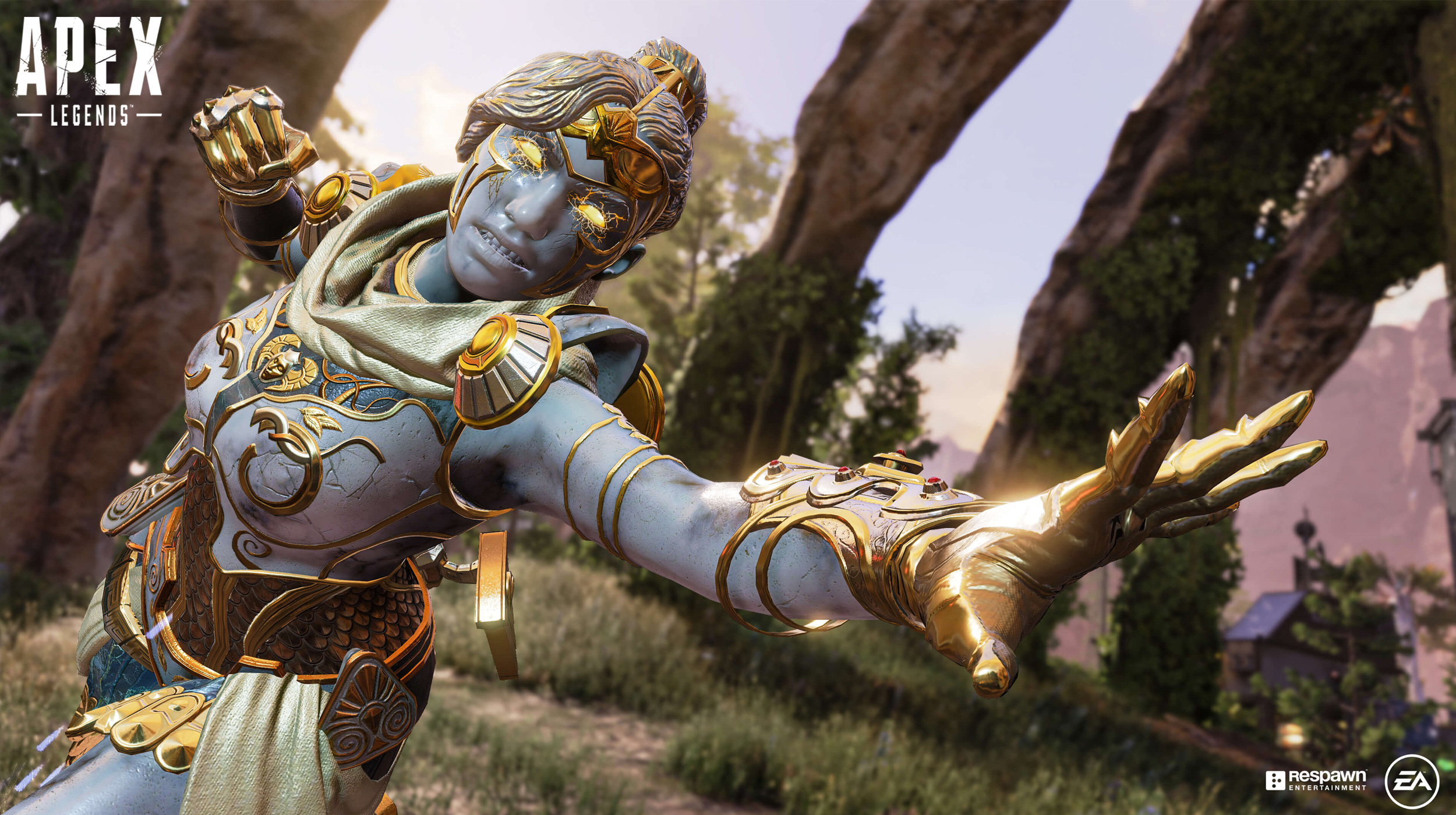 Apex Legends has released a bunch of highly sought after skins since the game released. Some skins have gotten quite the attention, while others, not so much. Check out the top 10 most popular skins that players have requested to return to the shop below:

Due to how the in-game shop works, players have to wait until a skin returns to the shop to purchase it. Since certain skins don’t return often, players have to patiently wait until it comes back, or gets re-released during an event. Below are the most requested skins on our site. Keep in mind that some of these skins may have returned recently, and are only those that are available in store (Battle Pass, and always available skins excluded).

Coming it at number 10 is Wraith’s “Marble Goddess” Legendary skin. This skin originally released during the Lost Treasures Collection Event in 2020 (back in Season 5). It recently returned in September of 2021, and was available as a solo offer, and in a bundle.

Octane’s “Sonic Boom” Skin comes at number 9. This Legendary skin was released during Season 6’s Aftermarket Collection Event in 2020. As of yet, this skin has not made a return to the shop.

The “Phasewalker” Wraith skin takes 8th place. This Legendary skin originally came out during the 2020 End of Year Sale. Since then, it had returned to the store once during the Legend Recolor Store in August of 2021. It was available as a solo offer as well as in a bundle.

Pathfinder’s “War Machine” skin takes 7th place. This Legendary skin was part of Season 2’s Iron Crown Event in 2019. Since then, it has been featured in the store one time in September of 2021.

The legendary exclusive “Final Sunset” Wraith skin takes the 6th spot. This skin requires “The Liberator” and 10500 Legend Tokens to craft. This skin was first seen in the Apex Item Store in December of 2019 and was last featured in the store half a year ago in March of 2021.

Octane’s legendary exclusive “Red Shift” skin takes the 5th spot. This skin requires “El Diablo”, along with 10500 Legend Tokens to craft. This skin first came out in April of 2019. Since then, this skin was featured in November of 2020 for 6500 Legend Tokens, and last seen during the Legend Recolor Store in August of 2021.

The “Great Winter” Bloodhound legendary exclusive skin was first seen in the shop in February of 2019. Since then, it has only returned to the store once, in October of 2021. (As of this article, it’s the last day to get the skin before the store rotates)

Wraith’s “Voidwalker” skin starts the top 3. This legendary skin was originally part of the Voidwalker Event in September of 2019. Since then, the skin returned in a bundle during the ‘Summer of Plunder Sale’ in 2020 as well as the ‘Summer Splash Sale‘ in 2021.

Another Wraith skin, tops the charts with the “Airship Assassin” Legendary exclusive skin. One of the most popular skins in game, this skin was first seen in the store in February of 2019 and was available for 6500 Legend Tokens. Since then, it has returned twice: once during the Black Friday Sale week in November of 2020 for 10500 LT, and the second time during the Legend Recolor Store in August of 2021 for 10500 LT, where it was also available for 1800 Apex Coins.

It seems that Wraith skins are quite popular, as “Flashpoint” takes the first spot. This legendary exclusive Wraith skin This skin was first seen in the Apex Item Store during June of 2019. Since then, it last returned to the store in March of 2021.

According to leaks, this skin may make a return in the near future, although nothing is confirmed. We will have to wait and see when this popular skin makes a comeback.

Other skins that almost made the top 10 include:

While we don’t make the shop or decide the skins, it is interesting to see the data. Which skins do you personally wish to return?