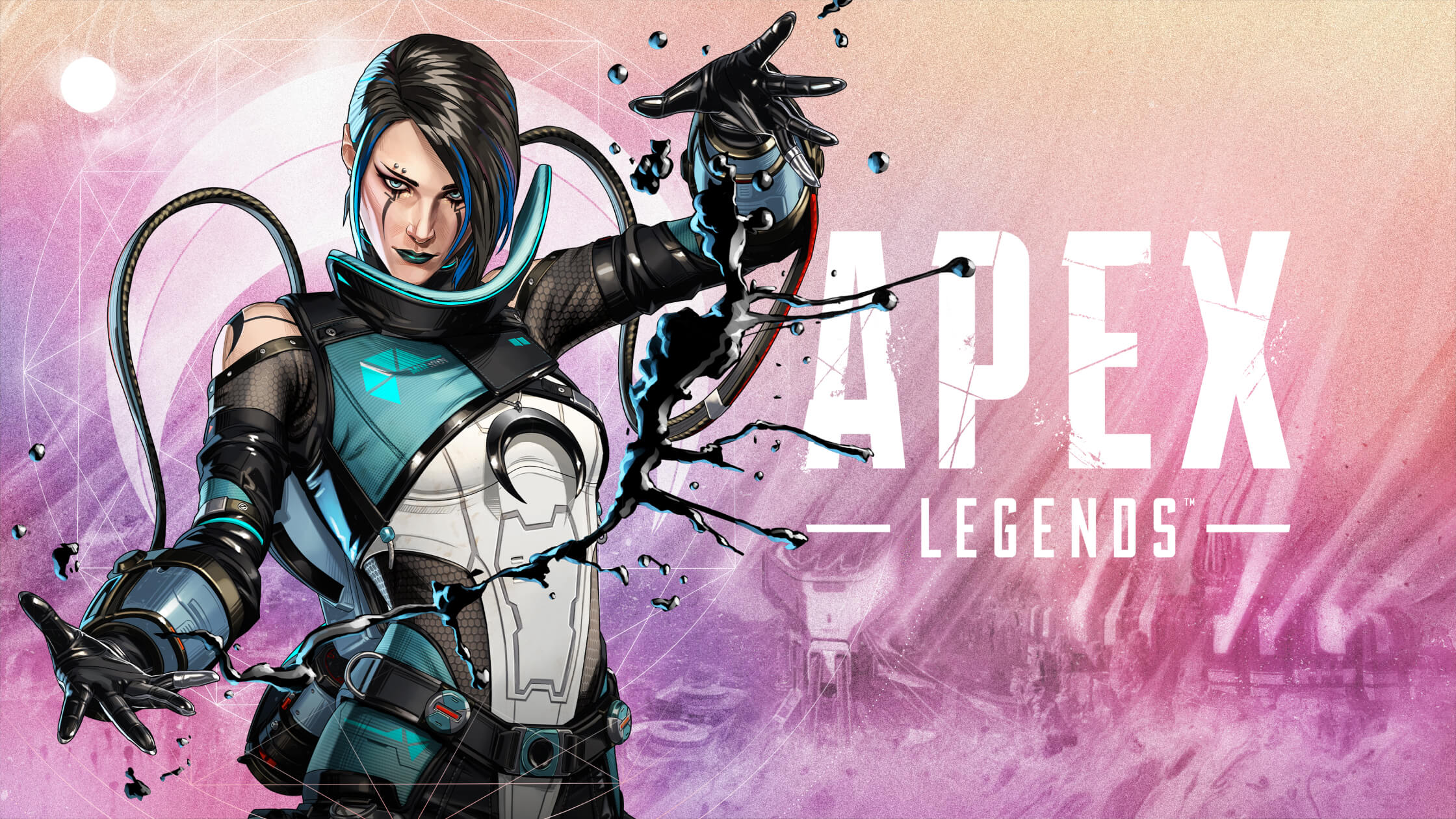 Explore a new map, conjure your inner strength with Catalyst, a new defensive Legend, and show your generosity with the new Gifting feature!

As a teenager on Boreas, Tressa Crystal Smith and her coven of friends prayed for and by the light of their broken moon. But fate brought her up to it when she ran away at fifteen to join a terraforming crew working to rebuild the moon. She took to the work, feeling a connection between her work with ferrofluid and the rituals of her past. But the unwelcome arrival of the Apex Games brought her peaceful life to an end. Now she joins the Games as Catalyst, a Legend determined to bring change and defend her home. She can use her ferrofluid to reinforce doors, form piercing spikes and obscure the playing field with high ferrofluid walls. Any sufficiently advanced technology is indistinguishable from magic, and by the time her opponents make the call? It’ll be far too late.

Reinforce doors, strengthening them and locking them to enemies’ spaces where doors have been destroyed can also be reinforced.

Throw out a patch of Ferrofluid which turns into spikes when enemies are near. Catalyst remains immune to enemy spikes.

Raise a permeable wall of Ferrofluid. Enemies who walk through it will be slowed and partially blinded for a brief time.

Check out Catalyst in action by watching her trailer here.

The Legends are dropping onto not only a Broken Moon, but a divided one. Explore the beauty and serenity of the Eternal Gardens and Bionomics, or venture to the moon’s dark side and visit marred, industrial locales like The Perpetual Core and Breaker Wharf. Grapple, climb, or use jump stations to access new Zip Rails and traverse the jagged terrain. Built for locals to quickly navigate the slopes and chasms of Cleo, they’re just the thing for Legends in a hurry.

Check out our full breakdown of the new Broken Moon Map in our dev blog here.

The following maps will be available for public matchmaking in the Battle Royale mode:

Whether you’re introducing a new friend to Apex Legends or welcoming back an old one, you don’t just want to catch them up on the story. Share the freshest Apex style with other players via the new Gifting system, which allows you to purchase bundles and cosmetic items in the Store tab for your in-game friends.

You can read more about how gifting works in our blog and FAQ.

Stickers are a brand new cosmetic we’re introducing this season that lets players equip stickers to healing items! Whether you are regen-ing your shields or healing with a syringe you can now do it in style!  All players will get the Shattered and Deathbox stickers for free when Eclipse launches. Players can also unlock 20 new Epic Stickers for a limited time from the Sticker Pack Series 001 available in the Special Stores Tab 11/1/22 – 11/22/22 only and not available in the general loot pool. Things you can apply stickers to:

Learn more about how stickers work in the FAQ here.

Having trouble deciding on which Legend to unlock next? Want to try a few different tacticals and ultimates before pulling the trigger? Now you can! In the Firing Range, all Legends are unlocked, giving players the ability to test out Legends that they don’t own yet.

This season Apex Legends is introducing an opt-in beta feature: Support for DirectX 12 on PC! To learn more about what it means for future improvements and how you can participate, check out this dev post here explaining more.

Follow updates on some of the issues we are tracking with the Apex Dev Tracker.