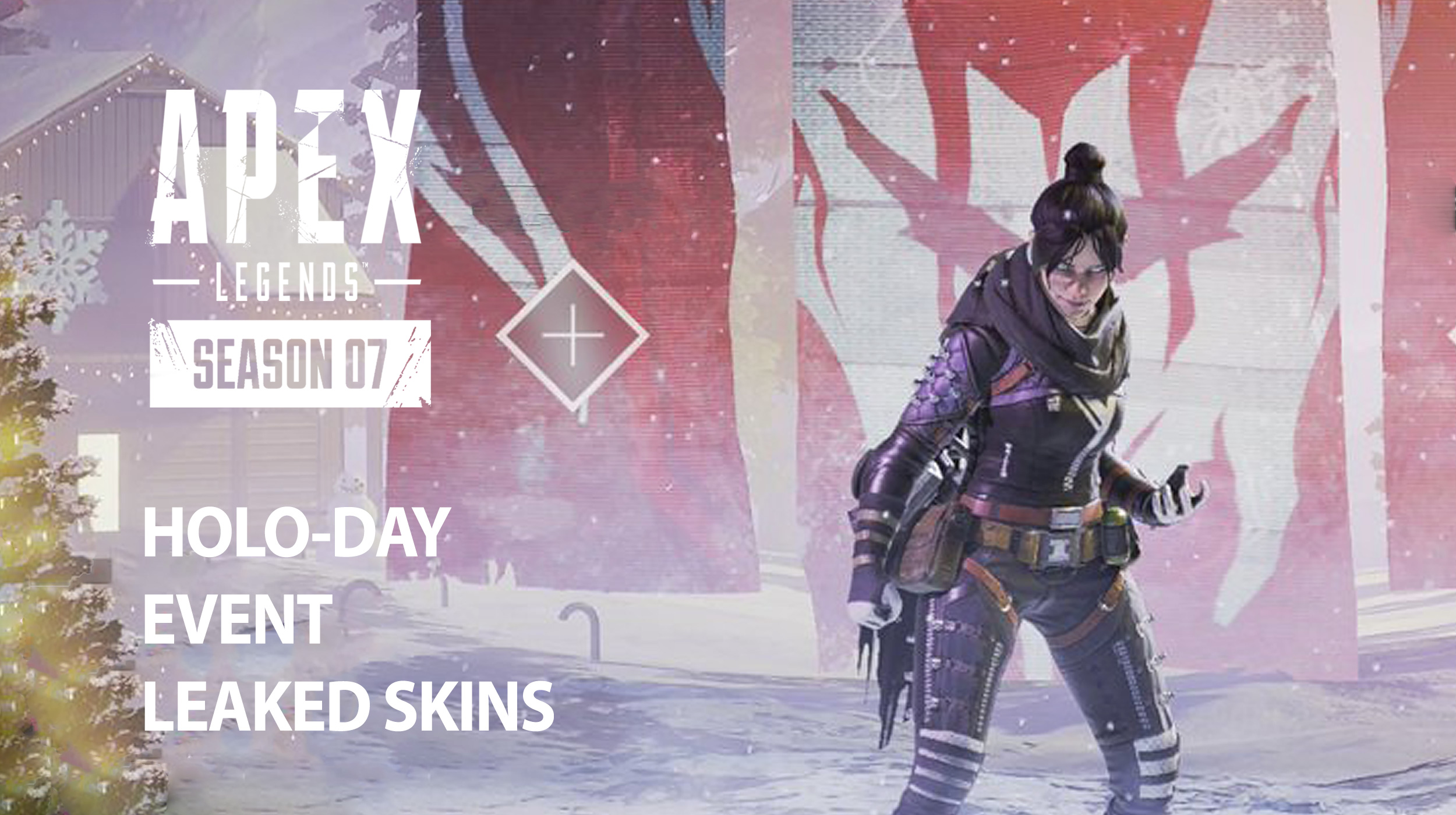 Skins and charms for the Apex Legends Holo-Day Bash event coming up have been leaked. The leak reveals some new cosmetics along with a Christmas-themed lobby.

With the passing of Halloween, winter is making its way really quick, and that means it’s almost time for another holiday season. While last year we got a Winter Express LTM, this year it will most likely be returning, although we don’t know the complete details. A new leak has surfaced revealing these new and returning cosmetics.

A popular Apex Legends dataminer ‘Biast12’ has found some new information in the Apex Legend files that show how the holiday offers will look like when they drop in the shop. We also get a chance to see the new winter-themed lobby.

While there will be some skins that will be making its return from last year, there’s going to be some new holiday-themed looks for the Apex Legends community this year.

It seems there are about eight bundles in total. Most of these “Holoday Sale” bundles include a Rare or Epic Legend skin or a Rare or Epic weapon skin. Biast has posted these images that feature all the bundles:

While we don’t know exactly what Respawn has in store for us, these leaks give us some idea of what to expect in this year’s Holo-Day Event.

Biast12 has posted more info regarding the tracker. Check them out below:

Another popular leaker “Shrugtal” on Twitter has also posted some of these new and returning skins. Check them out below:

So there you have it, the leaked info for this year’s Holo-Day Event. While we don’t have official dates yet regarding when the event will launch, hopefully we will know soon. Also, if you haven’t done so already, the Horizon Skin “Inverse Polarity” is available to claim through Prime Gaming.

Edit: Shrugtal has given an approximate date for the event ranging from December 1 to January 4, but this hasn’t been confirmed as Respawn has not released any information so far.