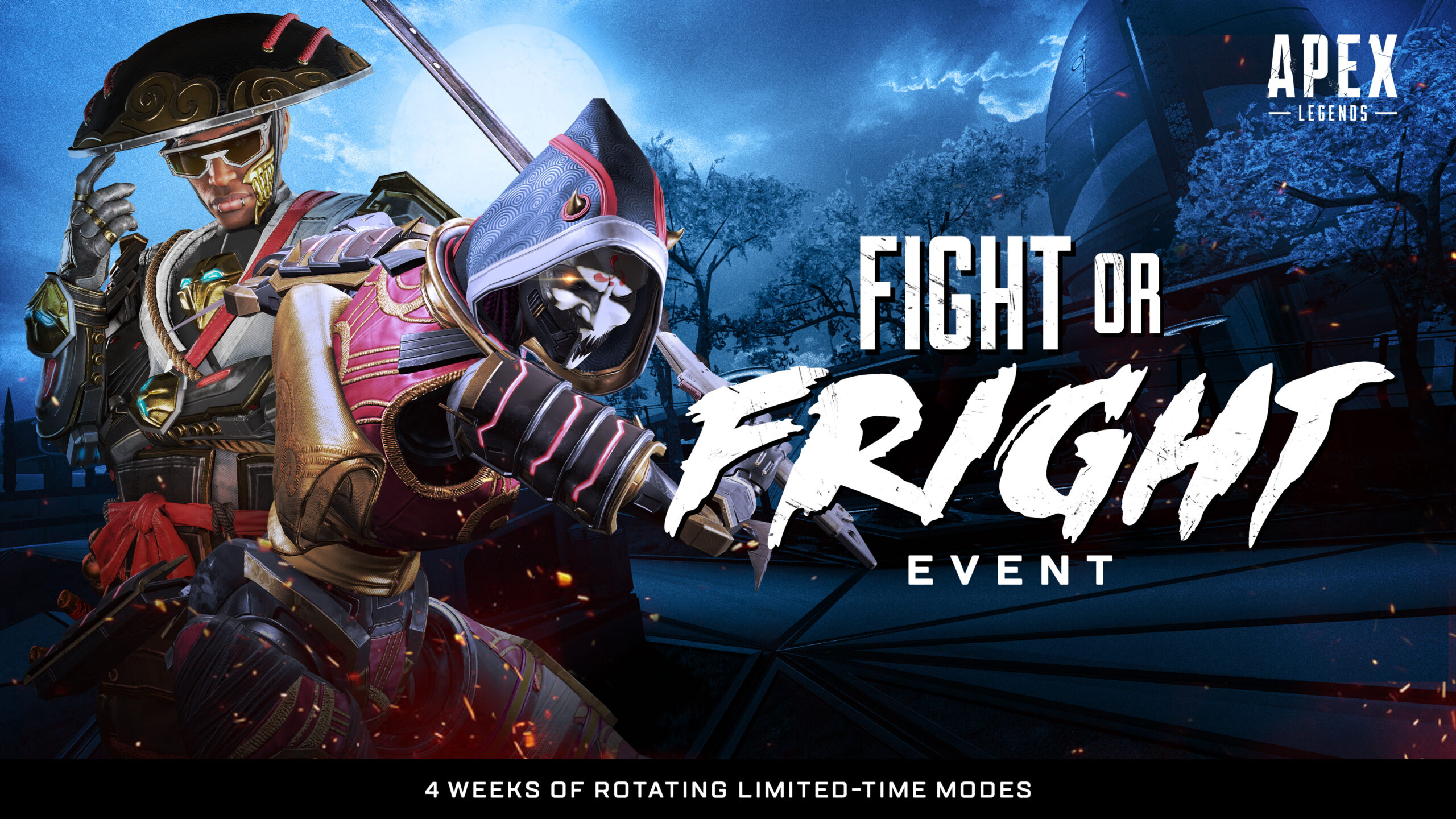 Shadow Royale returns this season. Take a trip in this terrifying twist of Trios, where any killed Legend respawns in SHADOW FORM. Shadows can run on walls, double jump, revive allies, and deliver extra melee damage. Other Shadows fall with one punch, and their living teammates aren’t far behind. Shadows, both friends and foes, endlessly spawn until their entire squad is eliminated.

This time around, Revenant haunts a new realm for your nightmares. A blood moon hangs over the city in the sky. Walk through the dark streets, Fight in the FRIGHT NIGHT arena, and banish legends to the shadow realm in OLYMPUS AFTER DARK.

From October 4th to November 1st check out the awesome Halloween-themed skins that will be available in the store tab. Make sure to check the store each week for new sales.

Not only will we have a variety of spooky, but two fan-favorite skins are also returning for a limited time.

Voidwalker will be available from October 4th to 11th.

Memoir Noir will be available from October 11th to 18th.

And lastly during the last two weeks of the sales will see other returning skins as well! We hope you enjoy our month of celebration when the Fight or Fright Event launches on October 4th.