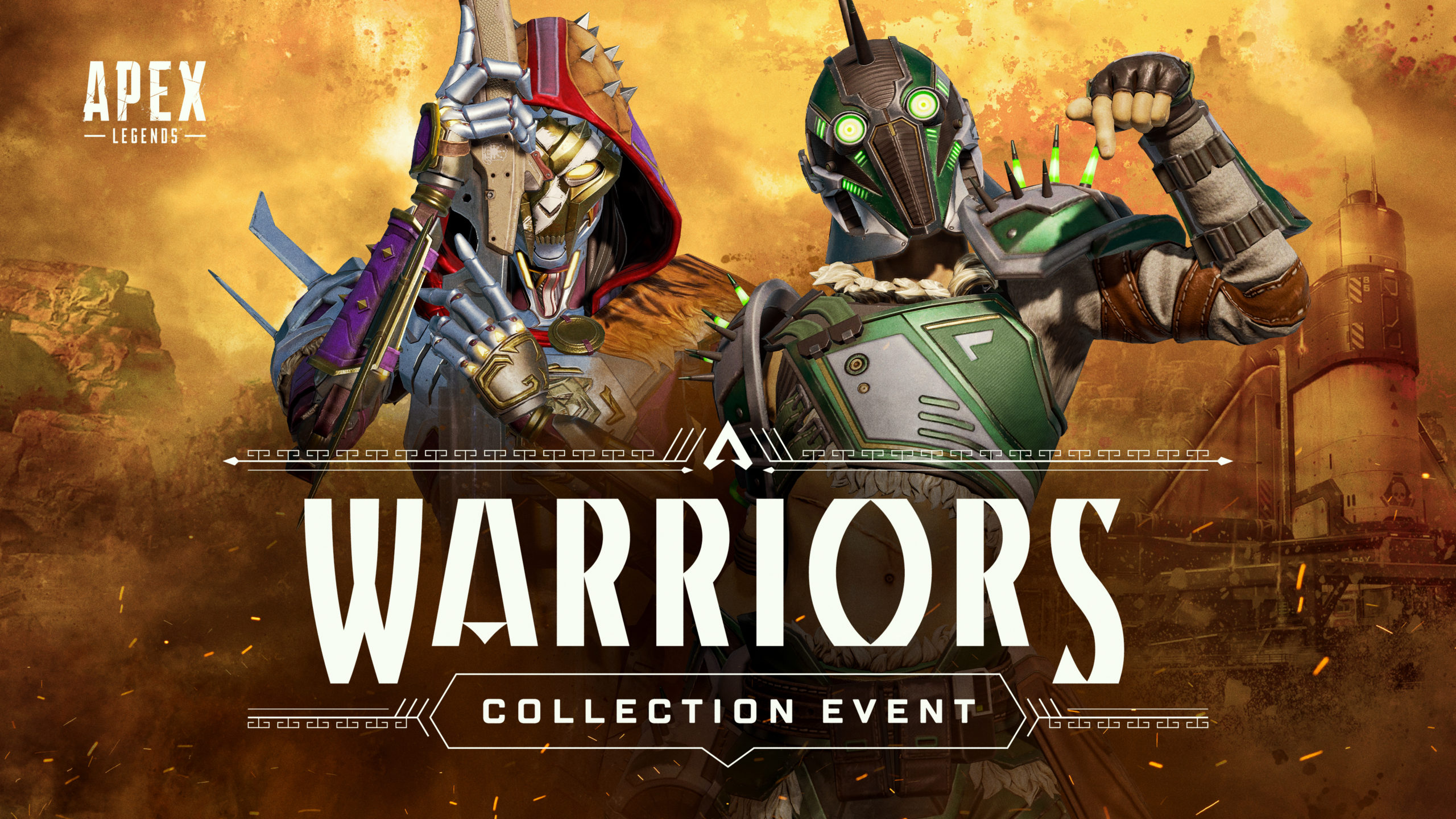 From March 29th to April 12th, Control returns for a limited time, a new Arena map, Crypto Heirloom, and Caustic’s been up to something…

Our limited-time 9v9 mode Control is returning for two weeks with the Warriors Collection Event!

This time around Caustic Treatment on Kings Canyon has been added into the mix. So, squad up, select your loadout, and fight for total control over Olympus, Storm Point, and Kings Canyon. Brought to you by Silva Pharmaceuticals.

If you haven’t had a chance to play Control yet, learn all about how it works here.

Caustic Treatment has been converted into a three-point battleground for control over Kings Canyon.

Additional cover, ziplines, skydive launchers, and even a hover tank, have been added to the space. This was done with the intent of balancing the area and improving flow to the points.

Caustic’s Lab is a highly defensible fortress controlled by the right team and a combination of legends. However, with solid coordination, and a well-timed offensive push, defenders can easily be routed.

Lastly, in true Caustic fashion, you can “expedite the inevitable” by using the terminal inside his lab. Interacting with the console will raise the toxin levels, resulting in a damaging trap for legends attempting to capture B.

Sitting high above the skyline of Malta is the fully automated Hammond Manufacturing Tower that was constructed for a single purpose: the early production of critical systems for Olympus. Codenamed Drop-Off, the site is still in operation, but at night, Arenas fighters covertly commandeer the place for fierce matches under the smoggy skies.

The POIs in Drop-Off can be primarily thought of as two governing locations: Interior and Exterior. The interior is split across two POIs: Observation Deck and Deployment Line, while the exterior offers the Loading Bay.

Observation Deck offers a higher vantage point, access to an airdrop, and a safe recluse from the dangers of long-range combat. However, this comes with a compromise: lower ceilings limit some of the vertical combat capabilities for Legends, but also provide a more straightforward and predictable battle of close to mid-range wits.

Next up is Deployment Line, a core POI of Drop-Off. Acting as a pseudo-mid-lane overseen by Observation Deck, the path effectively divides the map in two, eventually converging into Loading Bay. Cargo shipment containers travel slowly along the line, acting as dynamic cover that opens up plenty of movement options. Go for a sneaky flank by walking alongside a container, hidden from view of the enemy team? Or use the mobility of the containers to deliver some surprise traps with specific legend abilities? Everyone appreciates a moving Caustic trap, right?

Last, but certainly not least, the Loading Bay opens up fights across two offensive mid-ground platforms that simultaneously oversee and, again, divide via the Deployment Line. With the night sky visible above, Legends regain access to more… vertically inclined combat options. But beware; with open spaces and an incredibly gorgeous view comes an additional threat: falling to your death.

While the edges are protected via modest railing, falling to your death is still possible, and fights out here focus on mid-to long-range sightlines, while containers moving along the deployment line act as cover against the sparsely defensible low-ground. These low-ground sections are littered with Material Canisters for players to nab, making the risk-to-reward ratio that much more enticing. So make sure to check out Drop-off when you are playing during the Warriors Collection Event.

You can earn 1,600 points per day and challenges refresh daily. There are also stretch challenges that reward four unique badges if you complete them during the event. All of these challenges also stack with your Battle Pass, so you can complete multiple at once.

All 24 items will be available through direct purchase (for Apex Coins or Crafting Metals) and in Warriors Event Apex Packs for the entire duration of the event.

Some limited-time offers will be available in the store throughout the event. See the image below for the rundownof new cosmetics you can purchase including Rampart’s Ready to Rumble Bundle, Wattson’s Chaos Conductor Bundle, and more!