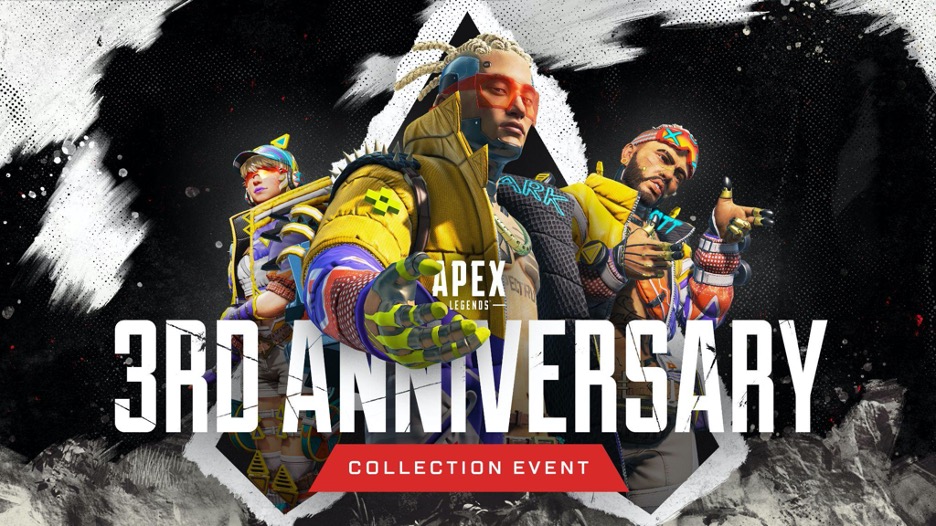 Celebrate three years of Apex Legends with the 3rd Anniversary Collection Event from February 15th through March 1st. This time we’re doing something a little different and special to celebrate our amazing players with the introduction of Prestige Skins, Legendary Squad Skins, and a reward tracker featuring community-created cosmetics! Let’s check it out.

This year, the featured reward track is filled with 12 community-created cosmetics and more, totaling 24 event-limited skins that players can earn during the event. Check out some of the cosmetics you can earn below including some Legendary Squad Skins created based off fan favorites from the past.

Also during the event, you’ll be able to purchase Legendary Squad Skins that are themed based on some fan favorites from the past. For example, during the event we’ll have Squad Skins inspired by Crypto’s “Hypebeast”, Caustic’s “Blackheart”, skins, and more!

Also, make sure to check out the Event Store where we’ll have lots of special offers throughout the event. See below for a peek of the deals that will be running from February 15th to March 1st.

Lastly, we wanted to say thank you to all the players that have been with us throughout the last 3 years. We wouldn’t be here today without you and appreciate all the support. Here’s to many more anniversaries!