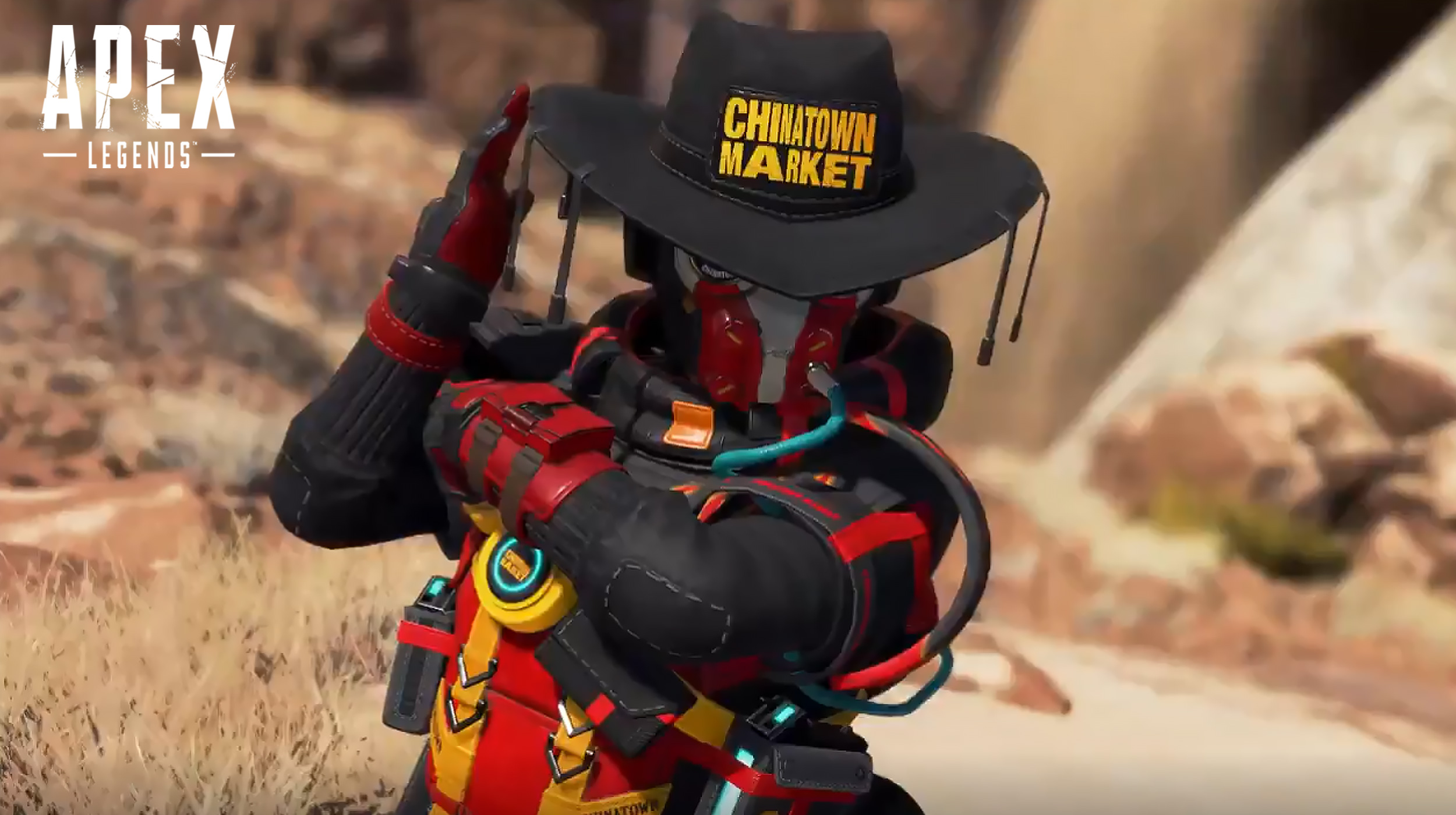 The Apex Legends and Chinatown Market collaboration is around the corner, set to launch on March 30, 2021.

Apex Legends: Season 8 has brought exciting new content with more to come. Following the recent Chaos Theory Collection Event is the Apex Legends x Chinatown Market Crossover, coming March 30. Based on leaks, the collab is set to feature some new skins. For those who don’t know, The Chinatown Market is an LA-based streetwear brand (inspired by New York City’s Chinatown neighbourhood) and was established in 2016.

According to previous leaks, along with Bloodhound, other Legends set to get a featured skin should be: Lifeline, Mirage and Wraith. However, as of yet, only the Bloodhound and Lifeline skin have been confirmed.

With the Chinatown Market Collaboration set to release, it is likely the other events that have been leaked should be coming up as well, such as: War Games and Golden Week. Since Apex Legends or Respawn haven’t officially announced the following events, we will have to wait and see to know for sure.