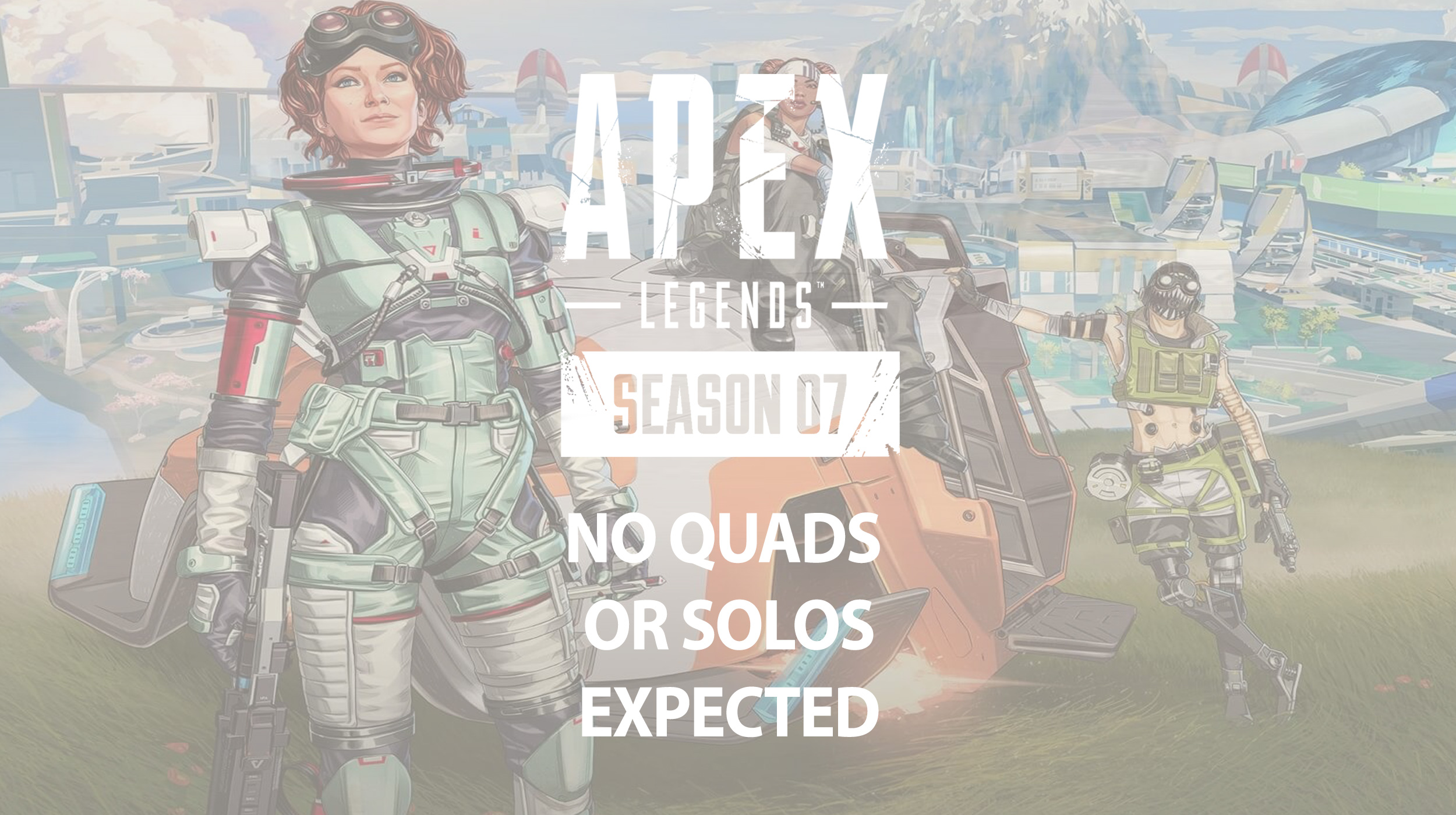 Upon release, Apex Legends was trios only. Recently, duos has been added as well. However, while solos has made its appearance in various limited-time variants, it is unlikely that it will be permanently added to the game. Respawn devs have answered player requests on adding quads or solos, and it seems while quads will be unlikely, a “no fill” option instead of a solos may be implemented.

Players have been inquiring about quads being added to the game for a while. With 60 players queuing up, there’s a potential to have 15 squads of four. Looking at other battle royale type games, quads has been received positively, as an extra person may be helpful during those high-stress moments.

When asked in a recent Reddit AMA, the Apex Legends developers have shut down the idea, at least for now. According to Apex Design Director Jason ‘Monsterclip’ McCord, it’s just not suitable as the game becomes “chaotic in a negative way.” McCord specifies, “When you play Quads, which we tested early on, the combat becomes nearly untrackable. It’s chaotic in a negative way,”

The design director explained that for Respawn, “trios is the magic number.” It’s how the game was designed, and where “the legend composition really shines and the X-Men vs Avengers fantasy starts to shine though.”

In regards to solos, Respawn have vowed they’d never add a permanent solos queue in the past. Although, this hasn’t stopped them from incorporating it into a LTM though.

When asked in the AMA about a solos option, McCord explained that they have been considering solutions for fans who want a Solo playlist and revealed that a no fill option is what they are “following up on” currently.

“One solution we want to implement is No Fill,” he explained. “We think this will give lone wolves the ability to get in there and complete challenges, get some kills and generally show off their skills without disrupting other people’s games.”

It seems that the Respawn devs don’t plan on having a permanent quads or solos option any time soon, but they have hinted at ways to give players even more options down the line.

While it is unclear when or how Respawn will introduce this No Fill option to the game, we will likely get more information soon throughout Season 7.