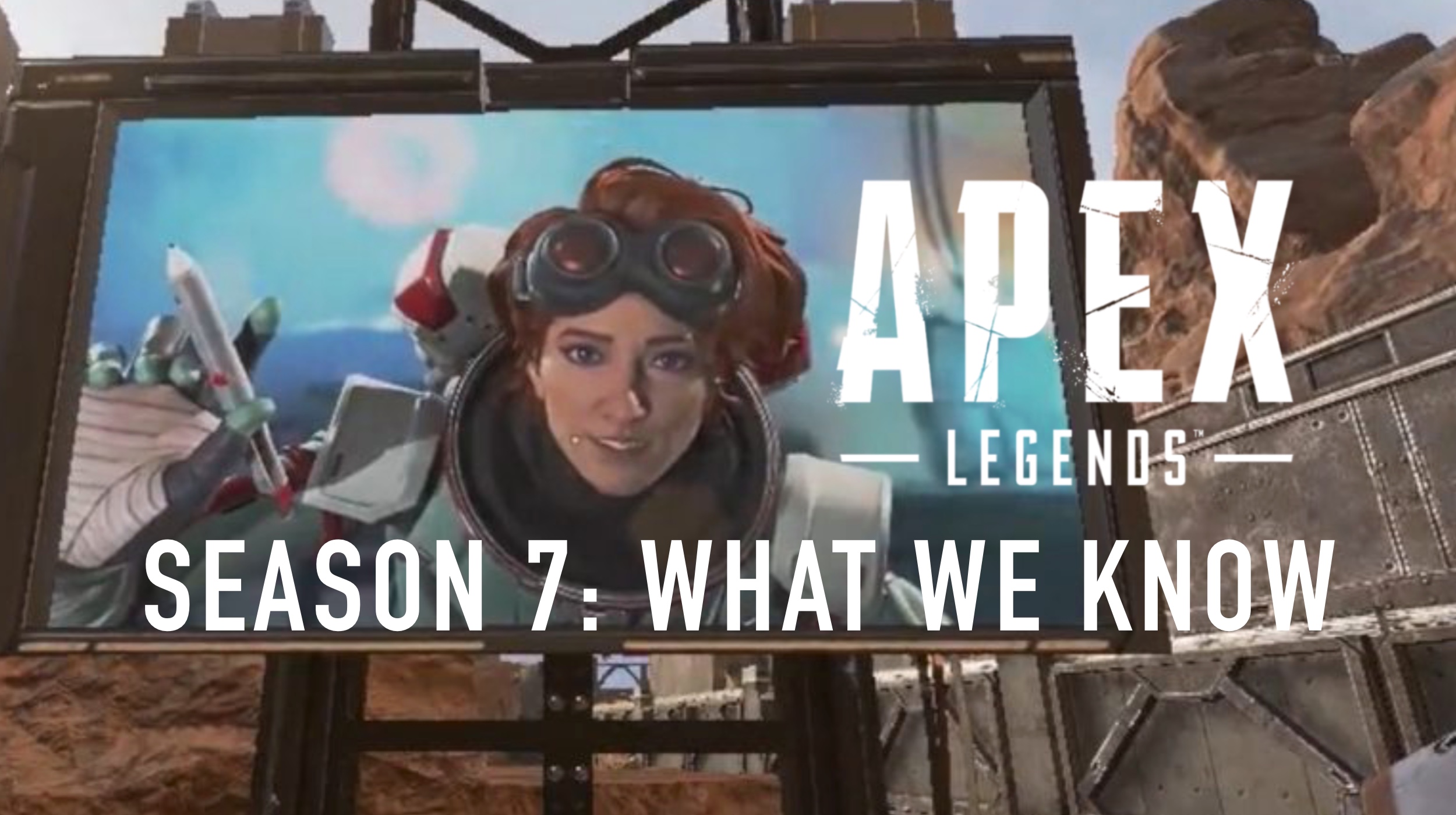 With the end of Season 6 drawing near, Season 7 is quickly on its way. Here’s everything we know so far:

With the current Season 6 being cut short, Season 7 may be closer than you think. Assuming Season 7 will start once
Season 6 ends, we will most likely see the launch of the new season on November 4.

Fans have been waiting patiently for a new map, expecting Olympus to come back in Season 5. As Season 6 came, a new map
didn’t come with it. However, we did get map changes to World’s Edge. Now, as Season 7 is around the corner, will it be
Olympus finally making its way in, or something else entirely? Perhaps a more Tropical destination is on its way. While
we haven’t gotten any hints thus far from Respawn, who knows what they have in store.

While there are leaks of legends in the making, it is likely that Horizon will be our latest legend to release in
Season 7. The short teasers, along with her official appearance pretty much confirm this. Whether or not we will see
her in the next season, we can’t wait to find out.

In Season 6 we got the long-awaited VOLT SMG, which was expected to come way back in Season 4. As the newest season
rolls around, will we get some new weapons to play with? It isn’t confirmed yet, so we may have to wait until the season
launch to find out. However, instead of a new weapon, a new weapon type may come instead. Of course this is speculation as only Respawn would know.