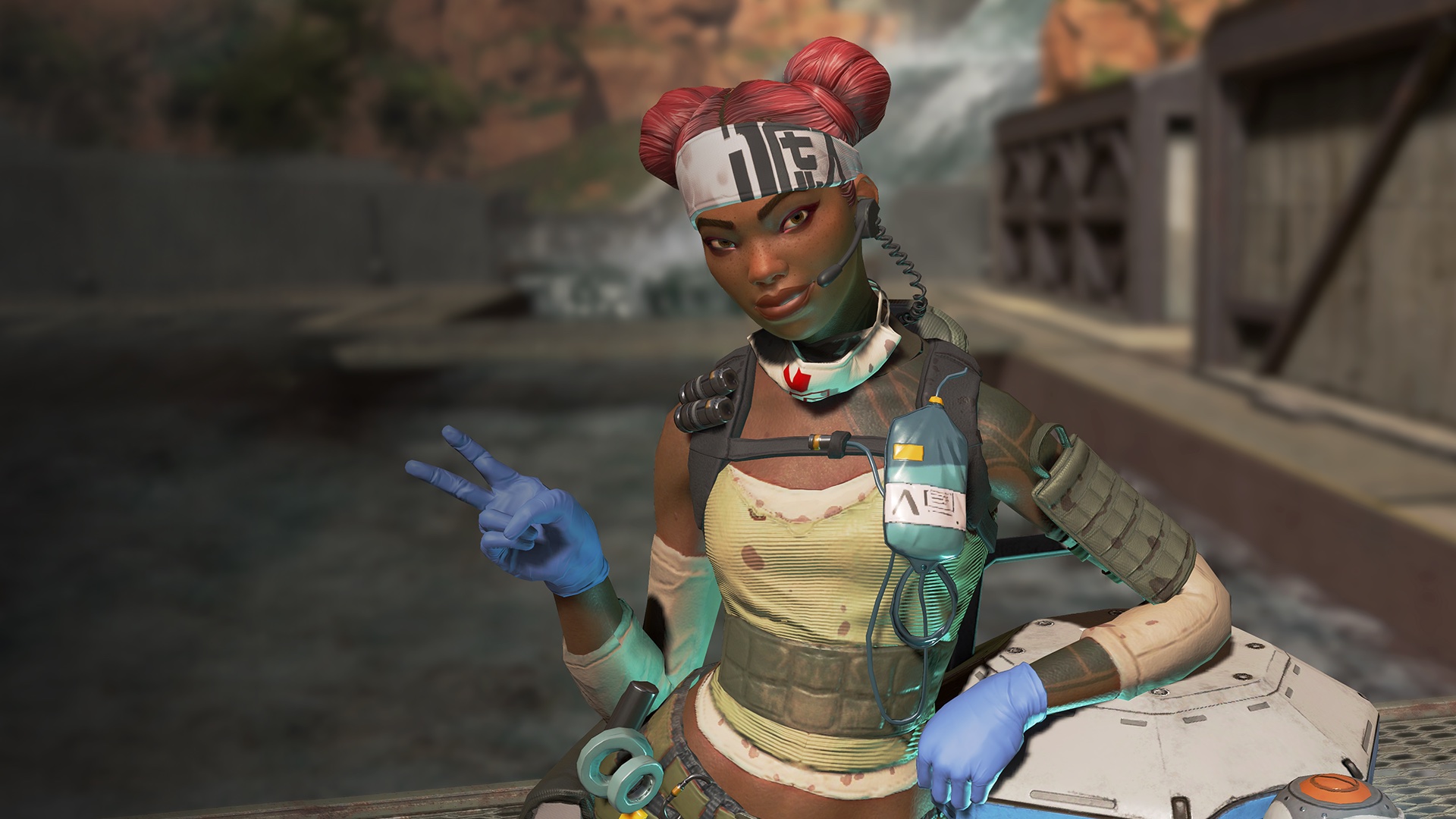 First off, we know you folks are fired up for info on Season 1 and Battle Pass. We still have work to do to get everything ready for prime time and won’t be talking about it yet. There are a lot of moving parts and coordination that go into big announcements and launches like this so please be patient. I know the wait sucks but it’s coming and ask that you all please be patient with us.

Over the course of this week we’ll be talking about a few hot topics and we’re kicking things off today with a patch that is live on all platforms with some fixes, our first tweaks to the meta, and we’ll give a preview of how we’ll be addressing Legend balance and hitboxes for Season 1. To talk about how we’re thinking about game balance and some changes we’ve made, I’d like introduce designers, Lee, Sean, and Brent who will give their POV and we’ll all stick around for a bit to answer questions.

I want to set the expectation that there will be lots of things we can’t talk about yet. We won’t be confirming or revealing any future content or features in the questions.

I’ll let the guys take it from here:

Leeeeeee-RSPN here with RespawnSean, Jayfresh_Respawn & Scriptacus to give a quick update on how we think about live balance at Respawn and the current state of live balance for Apex.

HOW WE THINK ABOUT LIVE BALANCE AT RESPAWN

A core philosophy of our development process for Apex Legends is to listen to player feedback, parse through all the data we get from the game, try things, and then playtest them a ton to get them just right. And… repeat. The goal is to ship polished, closer to the mark updates than if we got things out rapidly and iterated in the live environment. We know y’all are putting a ton of time into the game and mastering every nuance (like Wraith portalling people off cliffs for the final kill lolz). Our goal is to make less frequent, better tested, higher impact changes, so it minimizes the effects on your time spent mastering a particular mechanic, weapon, character, etc. You shouldn’t have to read our patch notes every few days just to keep up with how characters and weapons now work.

The exception here is that we will be very quick to adjust things that are way out of balance (for example, if we released a new character that completely dominates the meta from Day 1, we’d address it ASAP).

We didn’t want to make any hasty changes around launch, because we know a ton of players are still learning the game with lots of new Legends dropping in everyday. The week one meta vs. the week two / three meta was meaningfully different from what we’ve seen, so want to make it sure it settles a bit before we act. For example, Mirage’s power level has dropped a bit as players have adapted to getting Bamboozled. 🙂 We want to let you know we’re constantly reviewing the state of the game and considering and testing a variety of changes.

With the above philosophy in mind, I wanted to give a quick update on where we stand with the current state of character and weapon balance and provide an early preview of the things we’re planning to do for Season 1.

Overall, we feel that the current weapons present solid options for a variety of gameplay styles. We’ve found that the Skullpiercer Wingman has been on the stronger end, but it’s designed to be a weapon with a higher skill ceiling. Our adjustments are attempting to move it more into the hand cannon space and away from full auto Deagle. We’ve also adjusted the rate of fire of the Peacekeeper with Shotgun Bolt attachment, so players will have a larger window of vulnerability if they miss their shot. Additionally, the scarcity of energy ammo and lower number of energy weapons overall has made those weapons difficult to main, so we’ve increased energy weapon and ammo availability.

WEAPON ADJUSTMENTS LIVE ON ALL PLATFORMS

TL;DR Our goal is to be able to have characters with different rig sizes, hitboxes and ability kits, and still have each character be roughly equal in power level, win rate and viability of pick.

For character balance, we look at a combination of things: pick rate, win rate, and character v. character matchup win rate among other metrics, and, of course, player feedback. The results between the 5 small and medium rig characters have been positive – they are all in a safe band of relatively equal power. Our large rig characters, however, are underpowered and their natural size appears to be a large contributor. We’re planning on adjusting the size of the large character hitboxes to better fit the model. If these changes are insufficient to bring these characters in line, we’re also considering a range of other changes such as natural damage reduction as well as individual kit power tweaks. Because many of these changes are significant, we want to make sure they are heavily tested before they go live, in the event they are necessary. Below is a quick overview on the roadmap of how we’re thinking about bringing large characters back in line.

Overall, we want to try to increase the power level of the large rig characters, before we consider large nerfs to everyone else. While we’ve made small adjustments, we’re hopeful that increasing the power of large rigs is healthier than nerfing everyone else.

LEGEND ADJUSTMENTS WE’LL MAKE AT THE START OF SEASON 1

We appreciate all the feedback and please keep it coming! As you are playing these changes let us know how they feel, we’ll be around for a while for questions 🙂